The HPHS Giants had a complete team effort as they became the 2018 CSL North Freshman Invite Champions. The team had at least one top 4 finish in every event! This included 4 individual champions and one relay championship team. 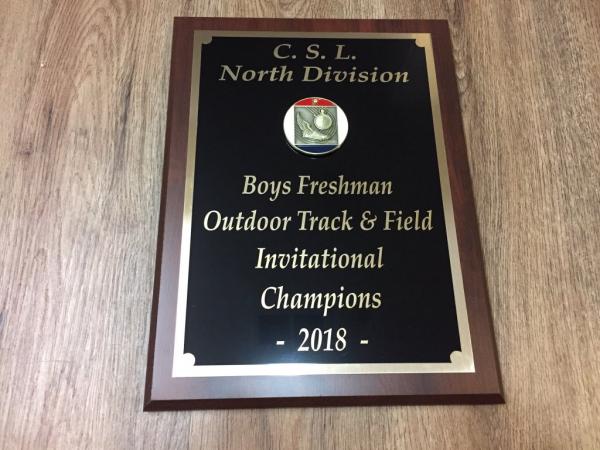 The team got the scoring going in the Field Events:

After winning the indoor freshman pole vault championship indoors, Simon Auerbach repeated this feat outdoors with a 9’6” clearance for the win. Andrew Kerpel cleared a new personal best of 7’6”.

In the Long Jump, Jaden Holzman reached a new personal best of 17’9.75” to take 1st place in the event. Riley Shallenbarger jumped 17’1.75” (which would have taken 4th place), but due to an error with the line-up he was moved to the open. These two also took 3rd and 4th in the High Jump. Holzman cleared 4’10” for 3rd place and Shallenbarger got over 4’8” to take 4th.

This was the strongest Field Event performance for the Giants this season. Things went just as well on the track.

In the 3200 Meter Run, Jason Polydoris faced his rival from Deerfield, Josh Puyear once again. This time, Puyear won the battle as Polydoris took second in 10:19.22. Erik Anderson ran most of the race by himself to finish with a strong 3rd place in 10:45.88.

The team of Diethrich, Goldbaum, Schulkin, and Ugaz once again took 4th place in a relay as they ran 1:53.36 in the 4X200 Meter Relay.

In the 300 Meter Intermediate Hurdles, Diethrich came back with a another personal best running 46.46 to take 3rd place. This was his 4th event of the night!

The night closed out with a 2nd place finish for the 4X400 Meter Relay team of Kaden, Carlson, Pasikov, and Werneth.

The Giants won the meet with 174 points! Deerfield was 2nd with 101 points. The future looks bright for this talented hard working team. The coaches are looking forward to working with these young men over the next 3 years to bring more Championships to HP. It will take commitment, determination, and championship character to stay on top! 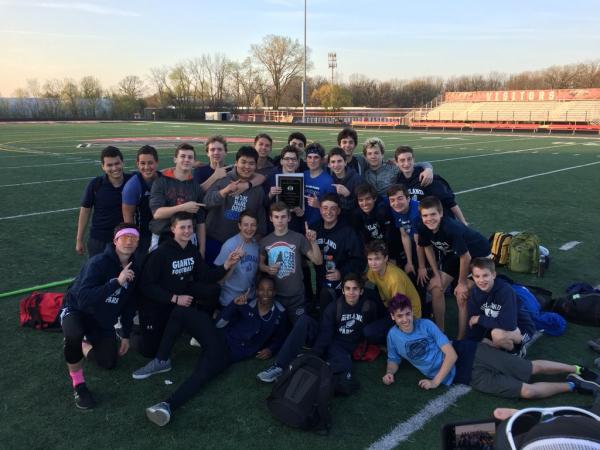