Polydoris Races To An All-State Medal!

Jason Polydoris returned to the State Cross Country Meet at Detweiller Park in hopes of drastically improving on his disappointing performance from 2018 (166th 15:50.97). This year he came into the meet with extreme confidence after taking 3rd place at the IHSA 3A Hoffman Estates Sectional Meet.

The race got out extremely fast as Jason got out in a blazing 61, which did not put him in the position he wanted to be in. At that point he had to begin to work his way up through the mass of runners. By the mile Jason had moved up to about 30th place going through the split in 4:39! Josh Methner of Hersey High School led the race going through in an incredible 4:23. As Jason exited the back “triangle”, he had moved up to 22nd place and tried to continue moving up through the next portion of the race. 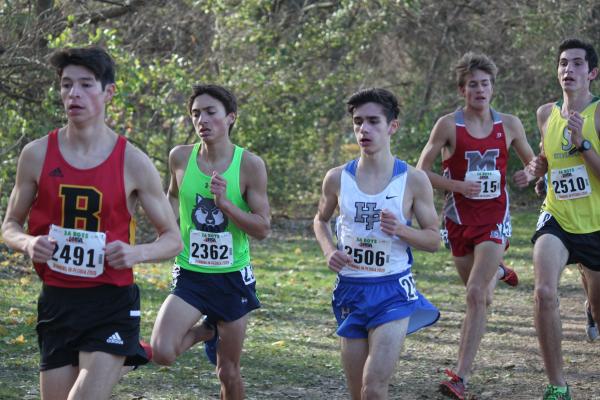 When he came through the pads at the 2 mile in 9:40, he was now in 16th place. The final mile was a tight battle with a large group of guys fighting for 12th place all the way to 29th place. 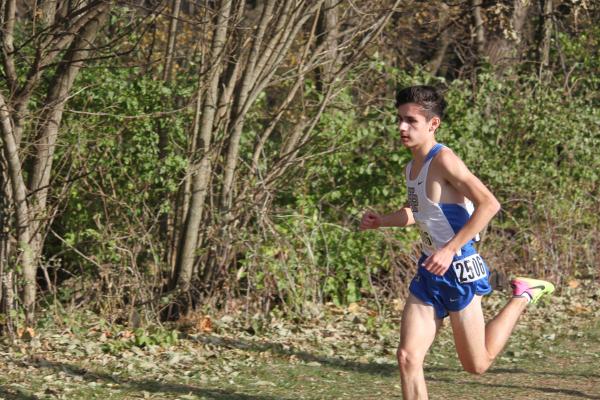 Jason continued to stay focused and race extremely tough coming through the 400 to go in 22nd place. There was a bunch of passing of runners going on down the final stretch as Jason went by a few more guys to end up finishing in 19th place. His final time was 14:44.64! In the 50 years that the State Meet has been held at Detweiller Park, Jason is the first Highland Park High School junior to earn All-State recognition. His time is the fastest time ever run on the Detweiller course by a Highland Park junior (the old record was 15:02). The time is also the 7th fastest time ever run by a Highland Park runner on the course. Jason got to run in the fastest State Meet in history as Josh Methner broke the course record running an unbelievable 13:49.86! 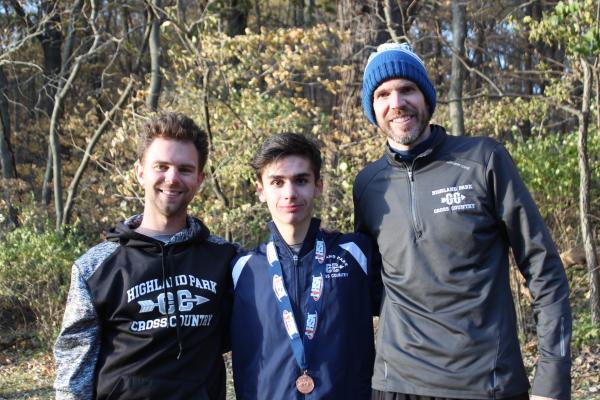 Jason Polydoris has set a new standard of excellence for the HP Cross Country Program. He has done what no other junior has done before him and accomplished what very few seniors have been able to as well. He continues to raise the bar for himself, his teammates, and the entire program. His success was not by accident. Jason has worked incredibly hard since his freshmen year. He has been completely committed to consistent training. It is not just the 4,692 miles he has run during his career, but it is a combination of the mileage along with all of the other details. These details include strength training, injury prevention, recovery, quality sleep, proper nutrition, and much more. He truly lives the lifestyle of a distance runner. These habits along with his intense focus and confidence have allowed him to accomplish these great performances.  On the bus on the way home from the State Meet, Jason had an important message for his teammates. He told them, “success is available to anyone that puts in the work.” This statement is simple but powerful. It is a challenge to all of the returning runners on the team. HP has the runners with the talent to get the team back to the top of the CSL and back to the State Meet. It starts NOW ...winter training, followed by a track season, and then the crucial training over the summer before the 2020 cross country season begins. Jason is determined to lead the team to success, but he can’t do it alone. Who will join him?