The Wheeling Invite was the first invite in several weeks for the Giants. It is used as a tune-up for the championship phase of the season. The meet had quality competition and a course with hills and plenty of mud.

The varsity team was led once again by sophomore Nate Wehner. He was right with the leader through the mile and a few seconds back at the 2 mile. The final mile was a struggle, but Wehner battled tough to hang on for 7th place in 16:08.8. This was still the 7th fastest HP time on this course since the team started racing on it in 2015. Junior Noah Jackson also earned a medal at the meet with a 26th place finish in 16:55.7. He too made the all-time HP list on this course. Junior Angel Zeferino got out well in the first mile but was unable to hold his position and ended up in 38th place with a 17:21.4. Junior Alex Bradshaw fell off pace after the first mile and came in 45th at 17:36.9. These 3 juniors know that the team will need them to stay tighter as a pack and be much tougher in the second half of upcoming races for HP to be successful. 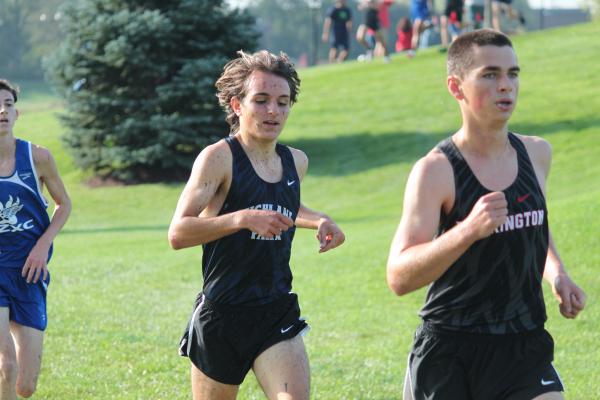 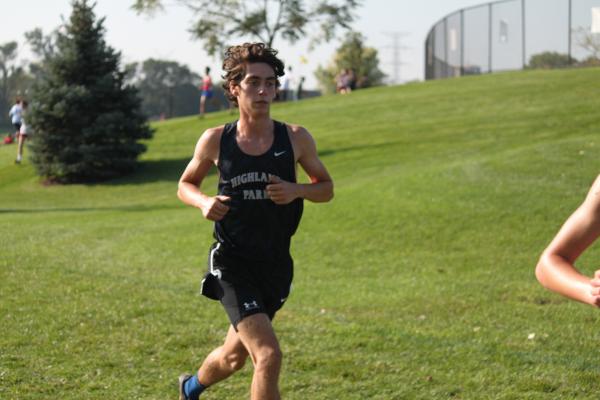 Freshman Carter Livermore got out much too slow in the first mile but worked his way up throughout the rest of the race to take 58th place in 17:50.2. He had the fastest final 400 for the team. The next four finishers for HP were all sophomores. Lukaas Nales had a strong race as he moved up during the race and had a strong kick to finish in 18:22.2. Yonatan Garfinkel also ran well as he was not far behind Nales in 18:28.9. Nolan Schott continues to have a successful season as he came in at 18:41.8. Doug Anderson was close behind Schott in 18:47.6. This pack of 4 sophomores needs to stay closer together at the conference meet for the sophomores to be successful. 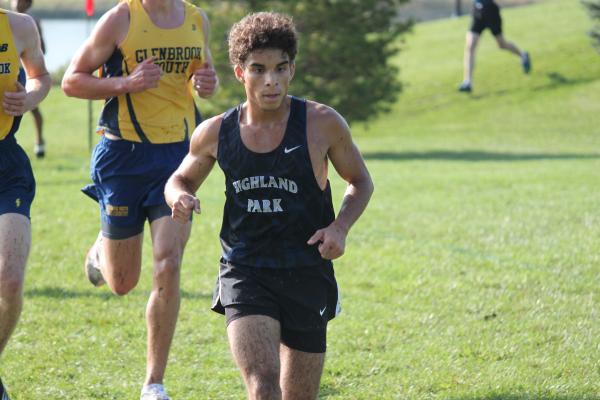 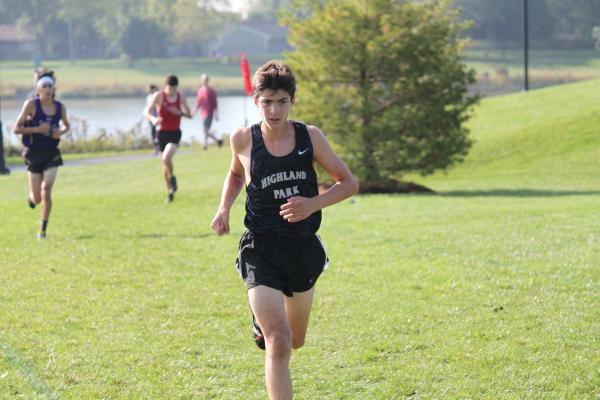 The team ended up taking 6th place out of 14 teams. The Giants will look to improve on this performance when they are at full strength for the conference meet and state series. 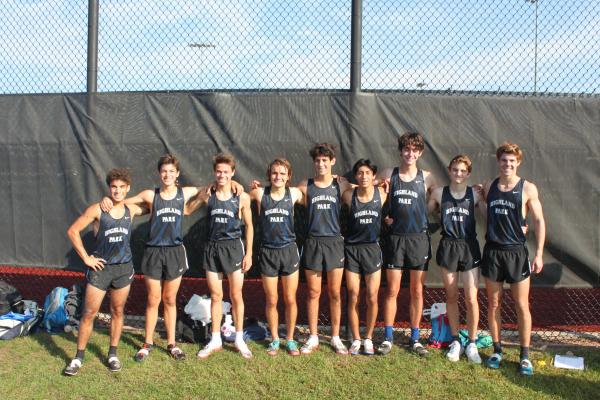 The frosh-soph were led by sophomore Connor Edelstein. He finished in 54th place with a 19:40.7. Next in for the Giants was a pack of three that included sophomores Ethan Love (19:49.0) and Zach Coren (19:50.4) along with freshman Usiel Rodriguez (19:51.7). This was the first 3 mile race for Rodriguez. Eddy Picazo ran well as he finished in 20:50.6. Freshman Robby Mendoza also had a strong race with a 21:05.3. Sophomore Oliver Baterdene was off his usual pack and finished in 23:07.7. Freshmen Brian Hatoum and Mateo Diaz had really good races to finish in 23:25.3 and 23:40.8. Both runners had strong finishes. Freshman Charles Ludington was the next finisher for HP in 23:53.5. Freshman Mason Zoeller continues to be running well as he finished in 26:54.5. Sophomores Nate McDonagh and Ryan Griffith ran part of the race together before McDonagh pulled away in 29:51.4 and Griffith came across the line in 31:05.6. 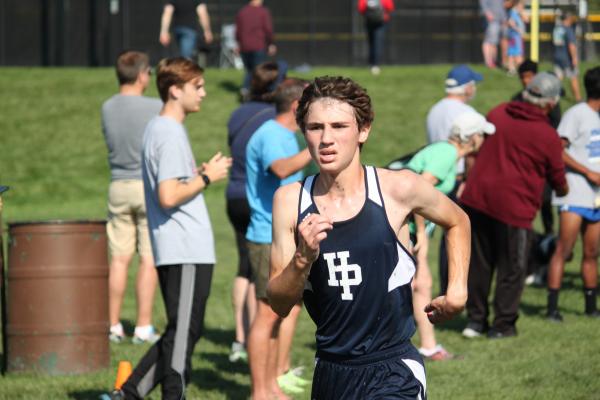 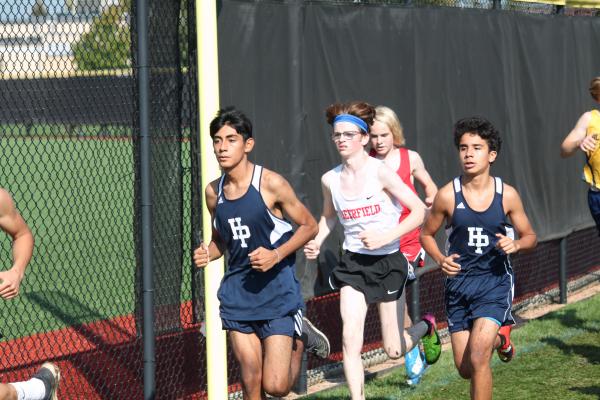 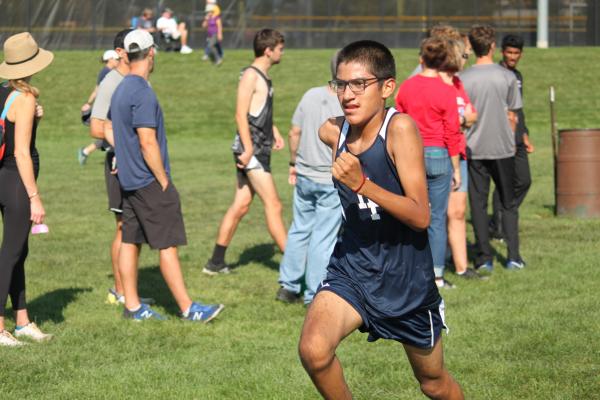 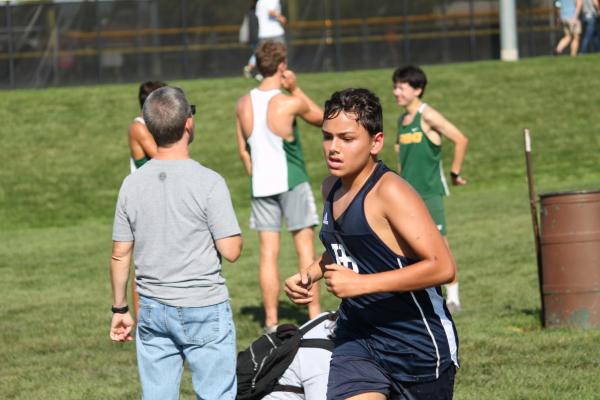 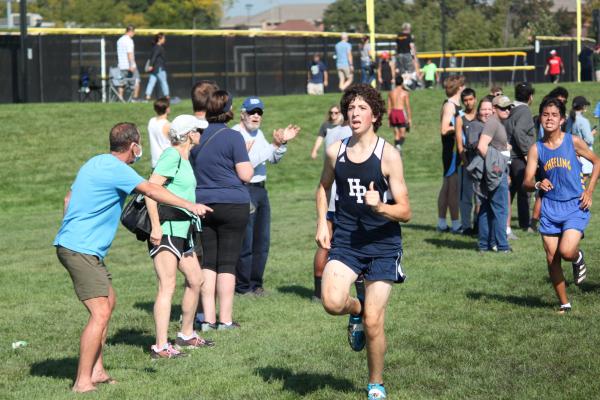 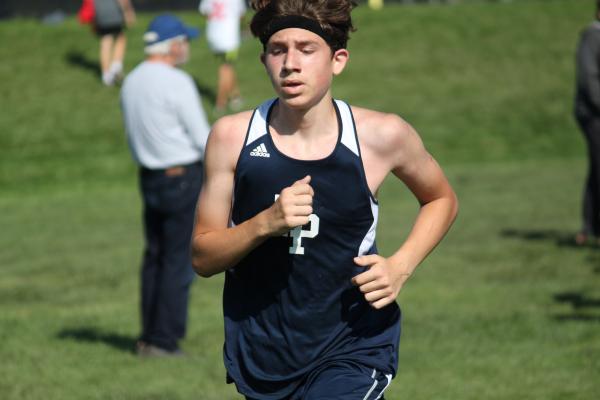 The frosh-soph team came in 12th place out of 20 teams despite having several of the teams top sophomores and best freshman racing up on varsity.

The final race of the day was the open. Highland Park had only 6 runners competing in this race. They were led by junior Alejandro Seiden. He came across the line in 20:17.9. The pack of senior Ted Zinox (21:10.2) and juniors Davide Albiani (21:15.4) and Enrique Lipezker (21:28.9) worked well together throughout the race. Seniors Marco Schulze (27:40.8) and Ethan Nicolaz-Davidson (28:10.1) also did a wonderful job working together during the race. They both did a tremendous job using the downhills to their advantage by letting gravity help them speed up. Schulze also finished up with a strong kick. 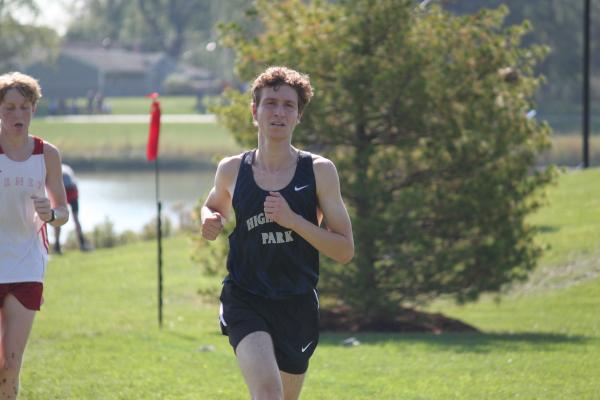 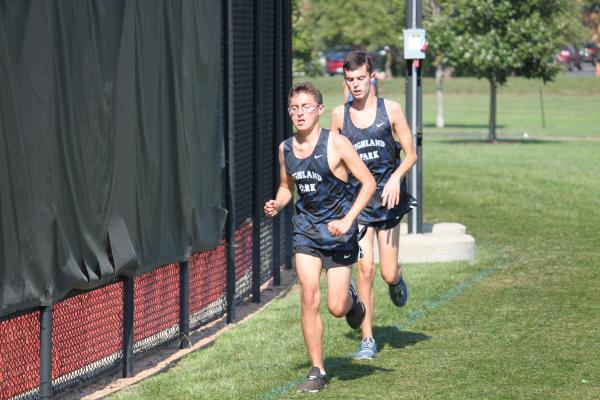 The team will continue to focus on putting in quality work while getting the necessary recovery to perform well in the big meets coming up. 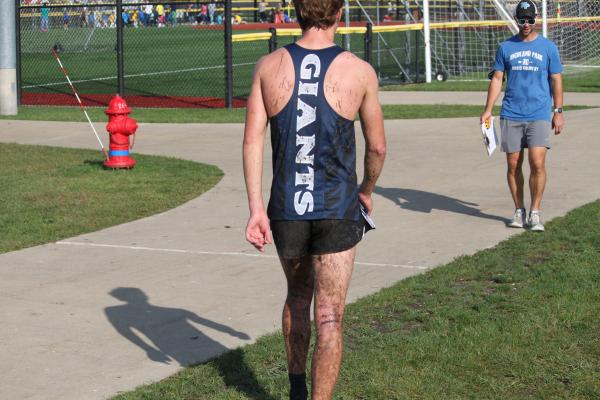