HP Competes At First To The Finish Invite In Peoria

Each year the HPHS Boys Cross Country Team takes an early season trip to Peoria to compete on the state meet course at Detweiller Park. The trip is also a key team building experience for the program. This year’s team made incredible growth on the trip. They not only had great performances on the course at the First To The Finish Invite, but they became closer as a team as they built a stronger bond. They did this through spending time together, doing fun team building activities, and competing together at the meet.

The Open race was the first up for the Giants and consisted of representation from 77 3A and 2A teams. This produced a race of over 1,200 runners! The runners had to navigate through crowds throughout the 3 mile race. The team was led by an outstanding race by freshmen Noah Apley as he finished in 18:24.2 for 140th place. Sophomore Alejandro Seiden was next in, running 18:39.5. After a slow start, freshman Noah Jackson moved up throughout the race to run 18:59.9. Senior Eduardo Monk continues to improve running 19:31.1. A pack of four HP runners came in right around 20 minutes including junior Albert Klayman (19:58.7), freshman Carl Tatelli (19:59.8), sophomore Ted Zinox (20:03.7), and senior Dylan Pearson (20:03.8). Freshman Santiago Pozo ran a strong 20:21.1. Sophomore Eli Leshtz had another big improvement running 21:21.4. Four freshmen rounded out the team running personal bests (Simon Snead 22:17.9, Enrique Lipezker 22:37.7, Andrew Arzac 23:37.2, and Ramey Heimgartner 28:58).

The varsity 3 mile race included 51 teams with HP taking 23rd. The Giants were once again led by junior Jason Polydoris. He finished in 16th place running 15:16.2. This was one of the fastest times on this course run by a Highland Park runner. Senior Corey Fairchild ran a personal best 16:22. He was followed by junior Erik Anderson (16:35.6) and sophomore Alex Brown (16:50.7). Right behind Brown were juniors Max Friedman (16:51.9) and Jason Werneth (17:02.7). These were two big races by these runners and will help the team be successful this season. 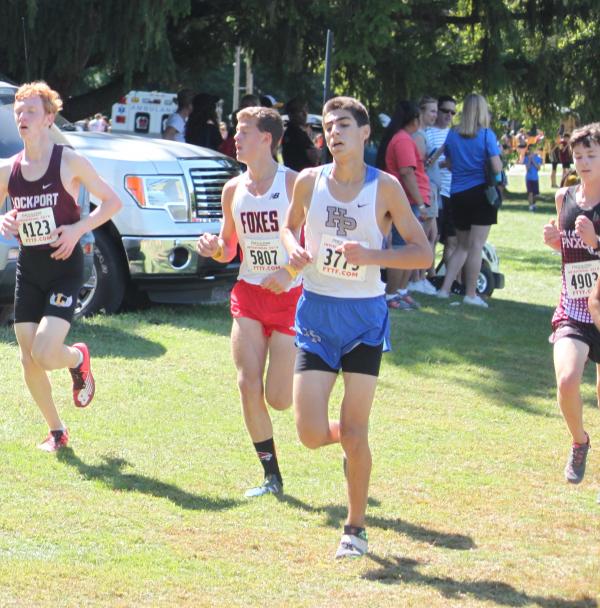 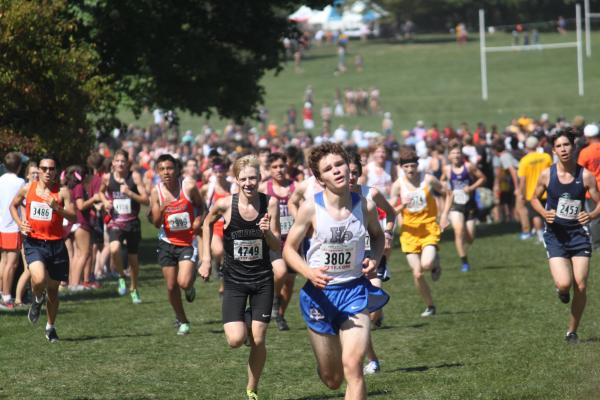 Freshman Angel Zeferino ran sub 18 in 17:59.7 which is a great time for a young runner. 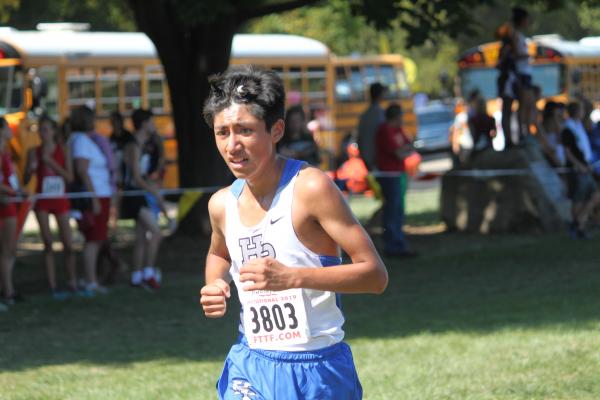 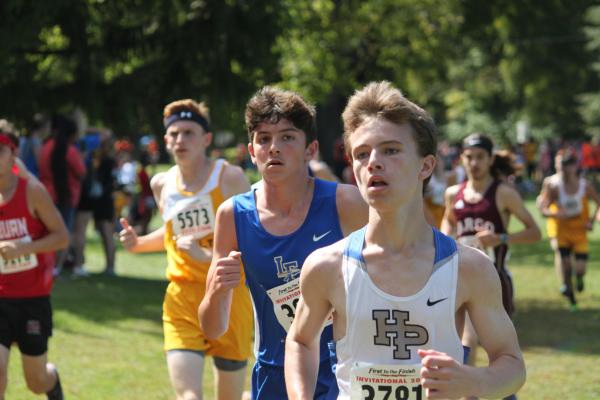 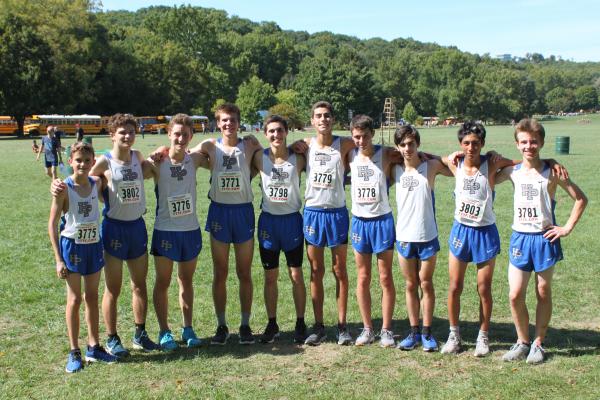 Every HP runner that competed in 3 mile races at the Hinsdale Hornet Red-Devil Invite last weekend improved their time! This was a big step forward for the team. Each runner must continue to Raise The Bar if the program wants to continue to have success.