The Libertyville Invite takes place each year at the always challenging cross country course at Adler Park. This year there was an added challenge with significant water that the runners had to navigate through on the bottom part of the course due to recent heavy rains. HP embraced the extra challenge and raced tough at the Invite.

In the frosh-soph race, sophomore Alex Brown had his best performance of the season as he raced with great confidence. Brown worked his way up to the lead after the first mile and won the 3 mile race by just over 7 seconds in 17:28.4. 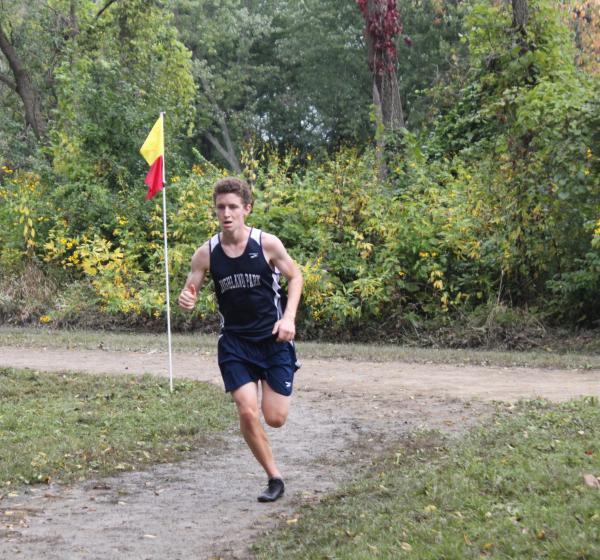 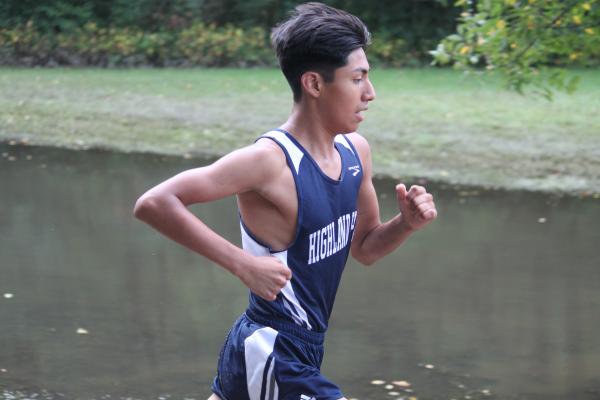 Next in for HP was sophomore RJ Guhl. He continues to run well as he placed 30th in 19:10.5. The duo of freshman Noah Jackson and sophomore Alejandro Seiden rounded out the top 5 for the team. They really showed what working together with a teammate should look like. They pushed each other to be better throughout the race and had 2 of the fastest final 400s for the team! Jackson (19:23.7) was just a second ahead of Seiden (19:24.8) in 35th and 36th place. 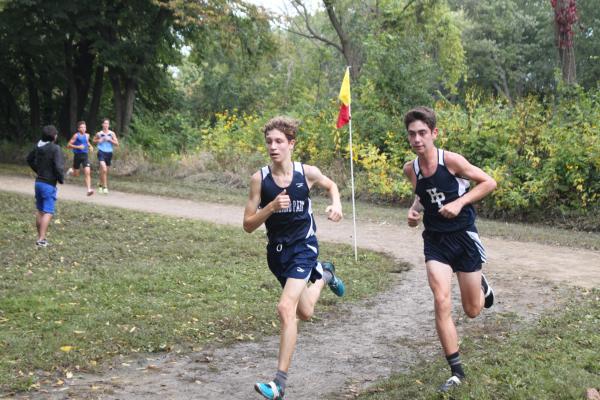 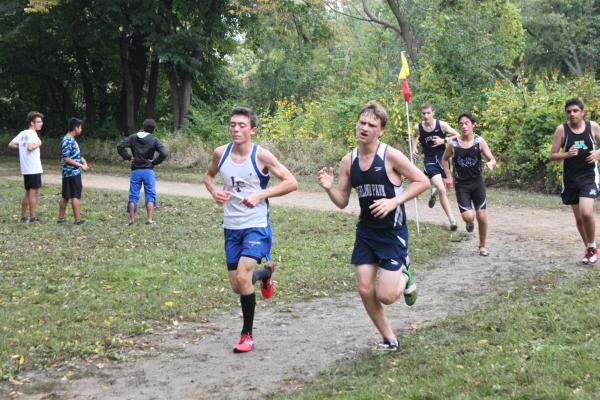 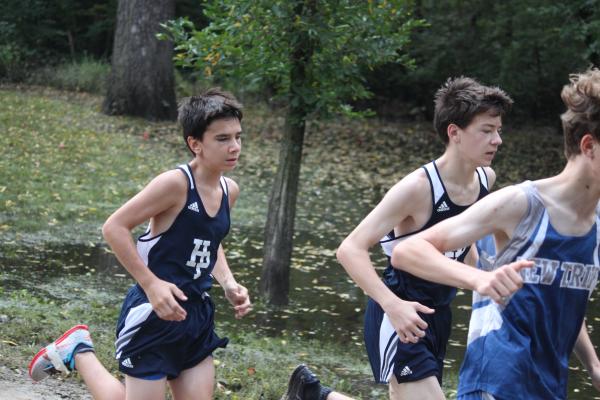 Sophomore Evan Boby competed in his first meet of the season with a 23:38.6 on the challenging course. 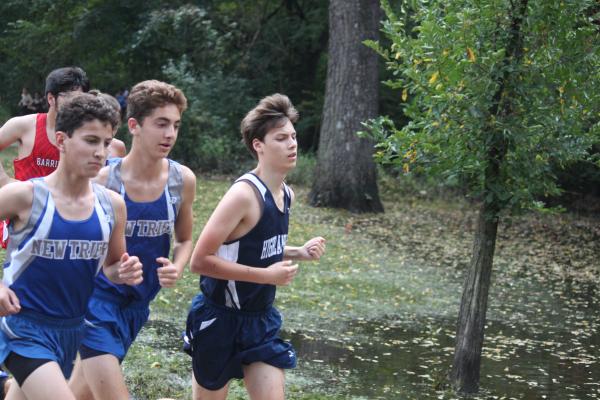 Freshman Andrew Arzac also ran in the 23s with a 23:53.5. Freshman Simon Snead ran 25:48.5 despite rolling his ankle. Sophomore Ethan Nicolaz-Davidson and freshman Ramey Heimgartner battled tough on the course and in the adverse conditions.  The frosh-soph team ended up taking a respectable 4th place despite missing two of the top freshmen due to illness. The future looks bright for this group of young runners if they can keep raising the bar over the next few years! 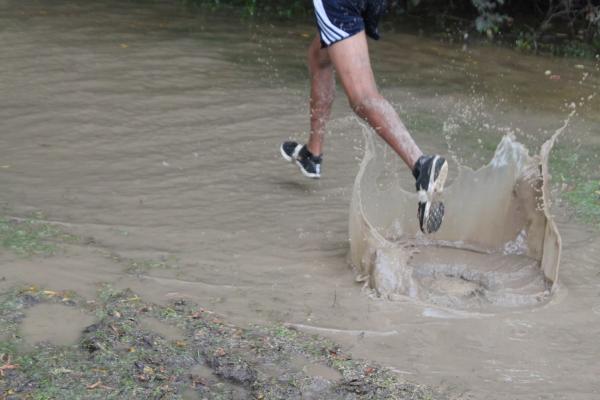 In the varsity 3 mile race, junior Jason Polydoris set out to battle two competitors from Lake Forest that had beat him in Peoria earlier this season. Polydoris and Nathan Schmitt were together until about .5 to go when Polydoris made a move and Schmitt slipped on a turn. Polydoris came across the line in first place 7.5 seconds ahead of Schmitt with a time of 15:55.0. 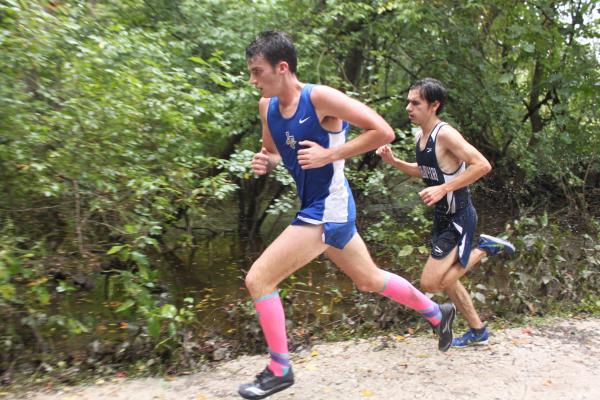 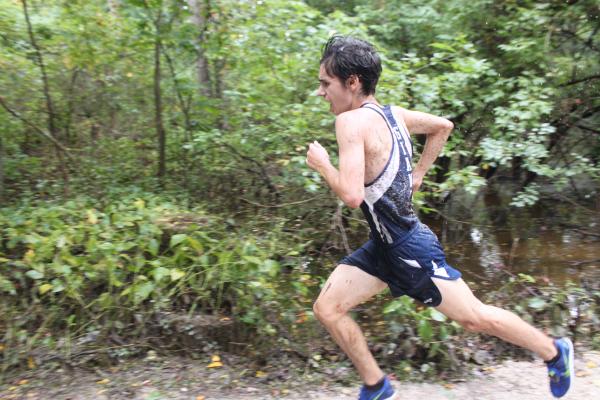 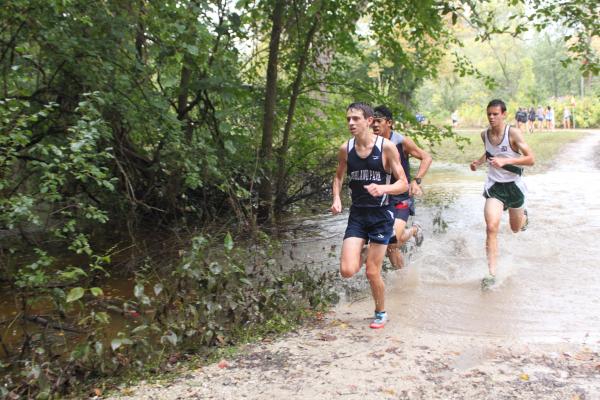 Senior Max Marmitt returned from illness to run an 18:26.2 while junior Max Friedman ran 18:38.9 as he fell behind his teammate in the final mile. 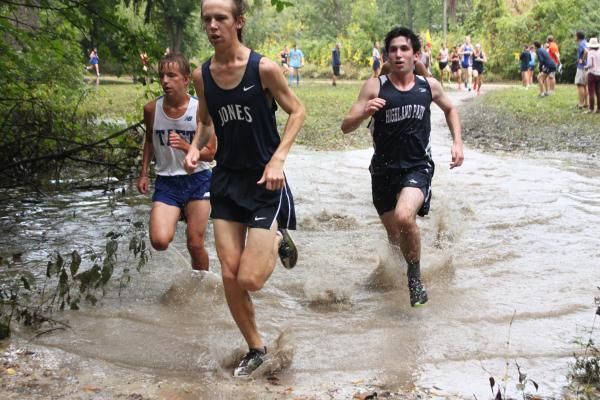 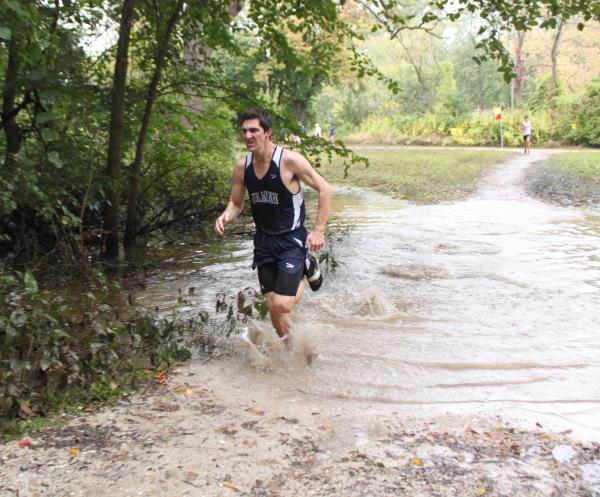 Senior Dylan Pearson and junior Ari Kaden ran 21:22.2 and 21:26.1 to round out the HP competitors in the varsity race. The team took 8th place.

It was exciting for the team to leave the meet with 4 medalists and 2 race champions! This display of toughness and team support was a stepping stone to future success this season. The hope is that everyone will be back healthy and ready to compete at the next meet (CSL Quad Meet at Maine East). 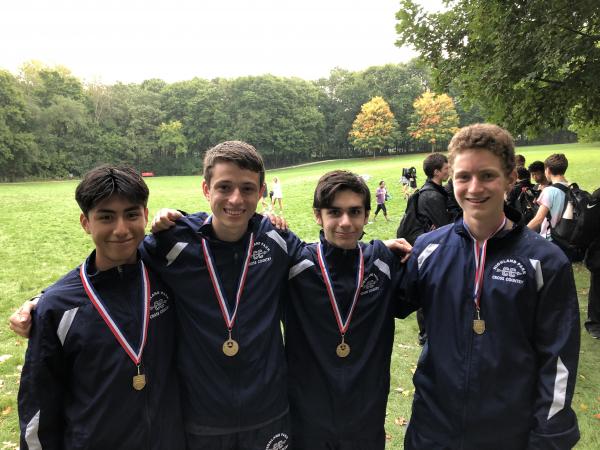