On September 27th 2011, the Highland Park Giants Boys Varsity Cross Country Team won against each of the other schools at their CSL Quad Meet. The meet took place at Sunset Woods Park in Highland Park and was against Glenbrook North, Maine East, and Maine West.   That quad meet sweep was the start of a streak of 15 straight CSL North Quad Meet sweeps which is equivalent to winning 45 straight dual meets!  On September 17th 2019 the Giants knew they would have one of their toughest challenges in facing a very talented, deep, and hard working Deerfield squad. On paper the Warriors were heavy favorites, but the Highland Park team went into the competition with confidence and determination to keep the streak alive.

The Giants got out well and matched up with Deerfield’s top runners in the first 400. By the mile, Deerfield’s depth showed and the Giants were battling to try and keep pace. Junior Jason Polydoris had a tough race up front against Deerfield’s top runner. In the end, Polydoris used his determination and outstanding racing tactics to pull away and win in 15:38. He was 17 seconds ahead of 2nd place at the finish. 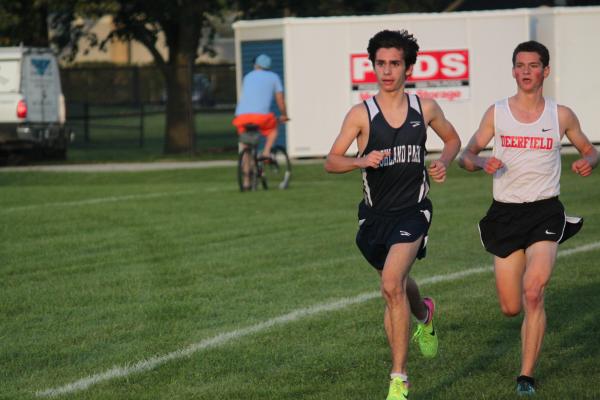 After finishing 37 and 34 seconds behind Deerfield’s number 2-3 runners at the Hinsdale Hornet Red-Devil Invite, senior Corey Fairchild closed the gap. He was just 14 and 10 seconds behind 3rd and 4th place in this race to take 5th in a personal best 16:19. 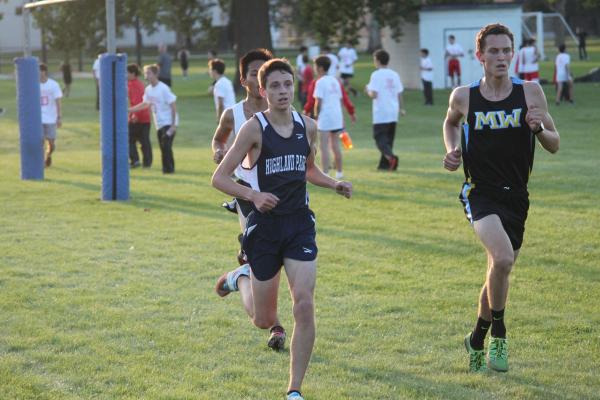 Sophomore Alex Brown ran a tough race and had a great last 400 beating out 2 Deerfield runners, but was still behind Deerfield’s 7th runner by 1 second. This was still improvement as 9 Deerfield runners ran faster times then him at Hinsdale. The top 7 for the Giants was completed with junior Max Friedman (17:26), freshman Angel Zeferino (17:37), juniors Jason Werneth (17:38), and Erik Anderson (17:56). The race by Zeferino was a huge plus for the team and an impressive race by a freshman with a great running future ahead of him. Friedman continues to shine with another strong performance despite getting pushed down by a Deerfield runner late in the race. Werneth has been sick and will need to get healthy to help the team while Anderson battled through a hip/glute injury to finish well behind his usual position. Despite the improvement by many, it was not enough and Highland Park lost in a quad meet for the first time since 2011. Congratulations to a Deerfield team that has outworked Highland Park and deserves recognition for an impressive race. The Giants are determined to keep working hard while continuing to close the gap on a very strong Deerfield team and looks forward to future races against them. Deerfield beat HP 22-39 while HP beat Maine West (26-30) and Niles North (20-39).

In the 2.1 mile frosh-soph race, the Giants raced primarily freshmen. The team was led by freshman Noah Jackson in 6th place (13:10.9). 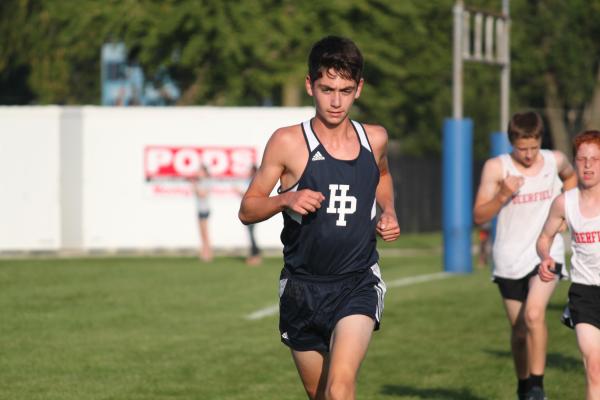 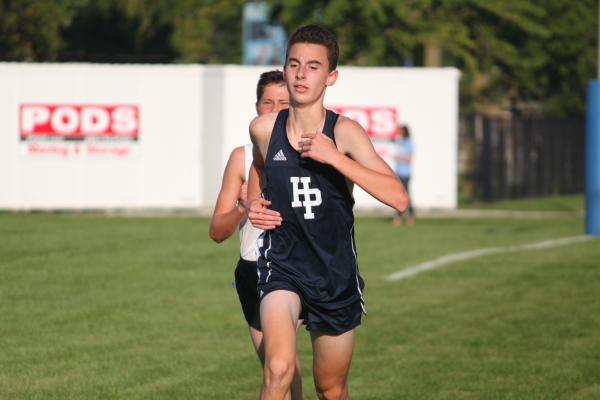 Freshmen Alex Bradshaw (13:53.7) and Carl Tatelli (14:14.3) worked well together during the race. The top 5 was rounded out by freshman Santiago Pozo in 14:38.6. This race had 7 runners that ran their first mile of the race faster than their current timed mile best! This included freshmen Apley, Tatelli, Pozo, Enrique Lipezker, Finn Davis, Andrew Arzac, and sophomore Ethan Nicolaz-Davidson (with a huge PR). 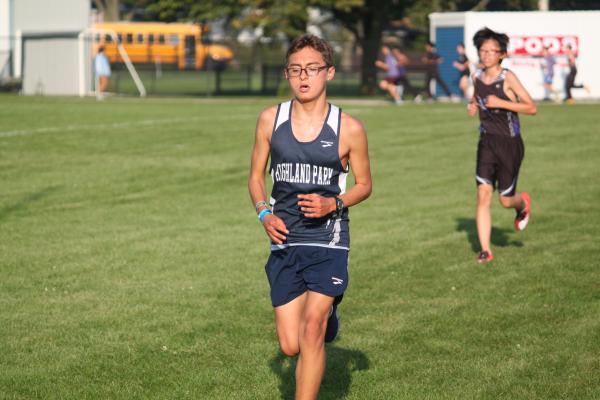 This frosh-soph group continues to show tremendous improvement and gives hope for a bright and successful future for the program. That success will only happen if all of them commit to what it takes to be the best distance runners they can become both individually and collectively. They will need to raise the bar not just for the remainder of this season but the rest of the year and especially next summer.