Highland Park opened the 2022 Cross Country season with a very competitive meet at the EIU Showdown. This is a meet that includes teams that have at least one coach that went to Eastern Illinois University (where Coach Buti went to school). The meet included several 3A ranked teams. It was a great measuring stick for where the team is at right now. The results showed that the team has improved a significant amount since last year, but still has much work to be done this season.

The varsity race got out fast and junior Nate Wehner went right with the leaders. He was unable to hold on and faded to 6th place at the end of the race, but was still 6 seconds faster this year compared to last year on the Neuqua Valley High School course. He finished this year in 15:25.46. 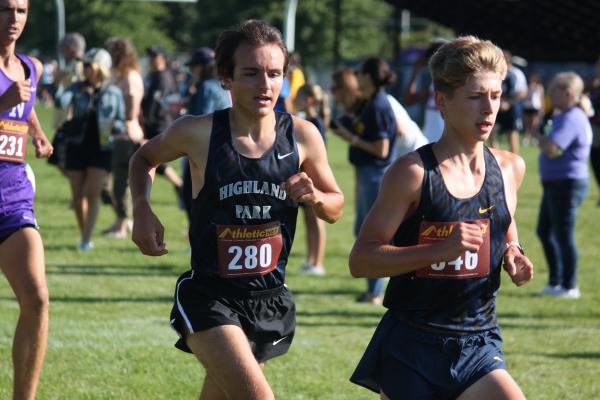 Junior Barak Goldstein had a strong start to his season as he finished in 18th place with a 16:03.32. He was 1:41 faster in 2022 compared to last season on this course. His time was also 33 seconds faster than his best 3 mile time last season. He has put in a great deal of hard work this past year to get to this point and is prepared for a very successful season. 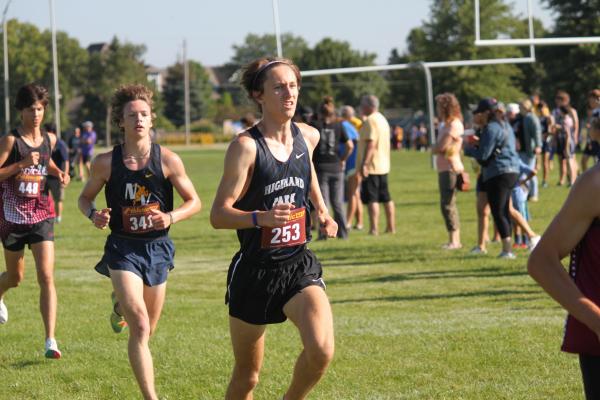 Seniors Angel Zeferino and Noah Jackson both improved from last year’s performances at this meet. Zeferino was 14 seconds faster and Jackson was 51 seconds faster. Zeferino pulled away from Jackson in the 2nd mile and finished in 16:42.96 for 33rd place. Jackson came across the line in 16:51.40 to take 34th place. These two seniors have worked hard to put themselves and the team in position to accomplish great things this season. 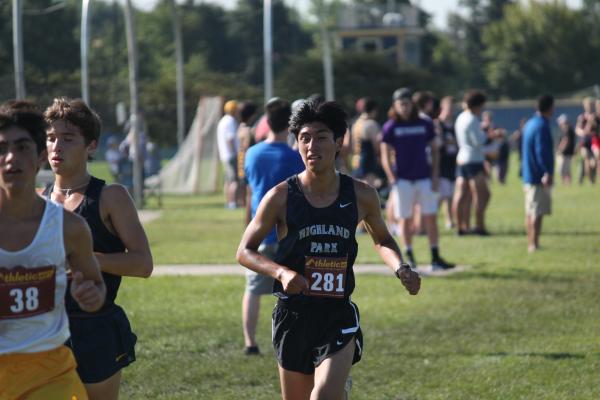 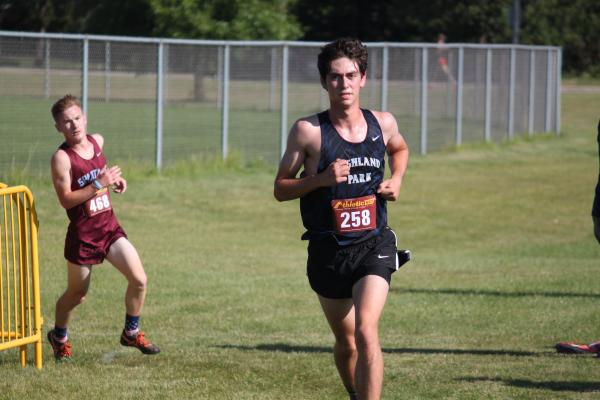 Sophomore Usiel Rodriguez had a stellar opening meet. His time of 17:13.14 (42nd place) is a huge improvement from his last season personal best for 3 miles. Last year his best was 18:46. He is a wonderful example of a young runner making the commitment to be the best runner they can be and help the team be successful. 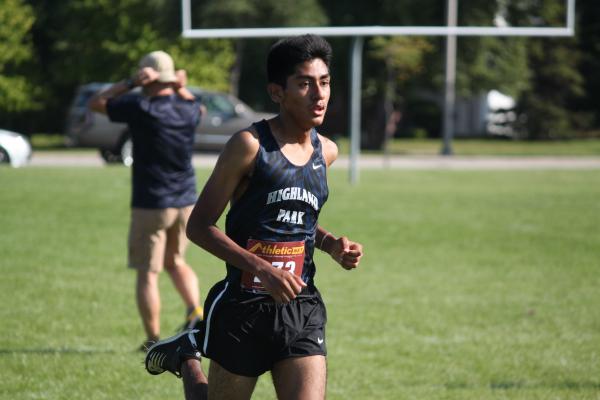 The next group of runners were all part of a pack that was together for significant portions of the race.  Junior Lukaas Nales moved well throughout the race to finish in 49th place at 17:29.80. This time was 1:07 faster than last year at this meet. Sophomore Dylan Dominguez raced in his first high school cross country meet to finish in an impressive 17:40.32 for 54th place. It will be exciting to see what this young talented and hard working athlete can accomplish this season. He could end up being a significant help to the varsity team. Senior Alex Bradshaw started the first part of the race with Rodriguez. Despite falling back during the race, Bradshaw battled tough to still be within 14 seconds of his time from last year by running a 17:45.58. The team is confident he will bounce back and be up where he belongs. Sophomore Brian Hatoum had an outstanding summer of training and it showed in the first meet. His best 3 mile time last season was 22:45. This meet he ran 17:47.22! This performance just shows what consistent training over time can help a runner accomplish. Junior Doug Anderson was the next Giant to cross the line with a time of 17:55.52. This was 52 seconds faster than last year on this course for Anderson and was a nice start to his season. Junior Zach Coren is another HP runner that had a big mileage summer and showed huge improvement this first meet. He ran 17:55.95, right with Anderson, compared to the 2:29 seconds slower he ran last season on this course!. Junior Yonatan Garfinkel also had a strong start to his season with a 49 second faster time this season at this meet. He finished in 18:00.03 despite a recent hip issue. 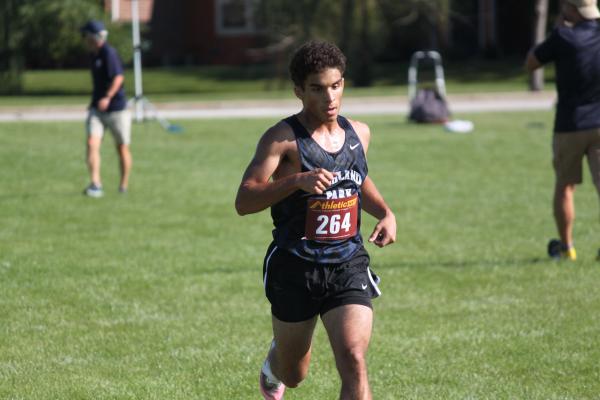 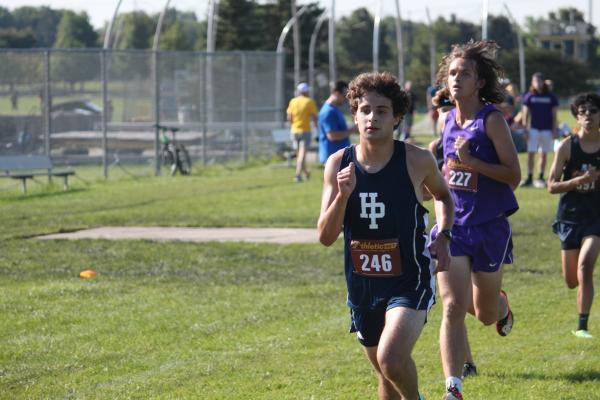 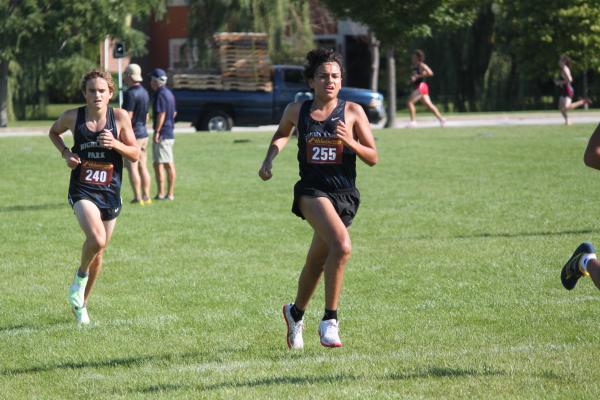 The next pack included 3 Giants for part of the race before Dominguez made a significant move in the final mile to move up in the race. Juniors Eli Neiman and Robert Oboza raced close to each other for much of the 3 miles. Neiman crossed the line in 18:19.34. This was 1:14 ahead of what he ran last year at this meet. Oboza is a new member of the team and looks to make an impact this season through his hard work. He finished in 18:31 for a solid start to his running career at HP. 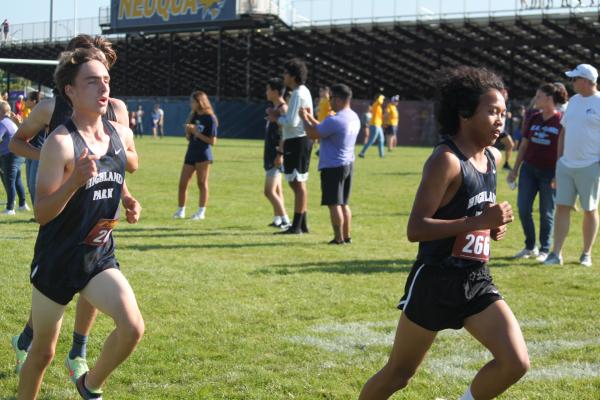 Seniors Enrique Lipezker and Davide Albiani along with junior Oliver Baterdene raced together nearly the entire 3 miles. Lipezker led the way in 20:20.64 just ahead of Baterdene as he crossed the line in 20:20.66. Albiani was just a few seconds behind as he did not have the track speed of the other two in the final 400. He finished in 20:26. Lipezker’s time was 3:14 faster than last season at this meet! Baterdene was 9 seconds faster than his best 3 mile time last season. Albiani was not far off his best 3 mile time from last season. 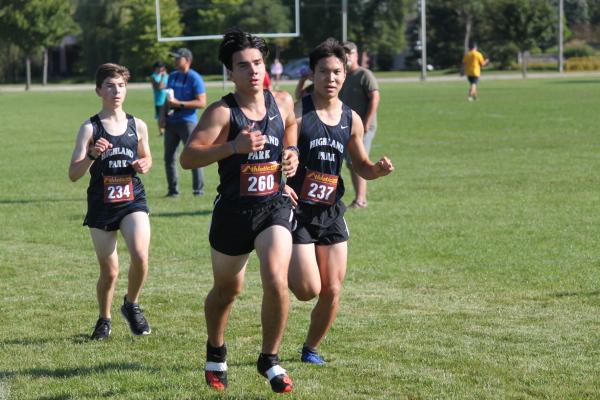 Juniors Eddy Picazo and Tyler Rosenthal were the next two HP finishers. Both battled tough during the 3 mile race. Picazo finished in a solid 21:17.46. Rosenthal crossed the line 2:40 faster than last season in 21:26! 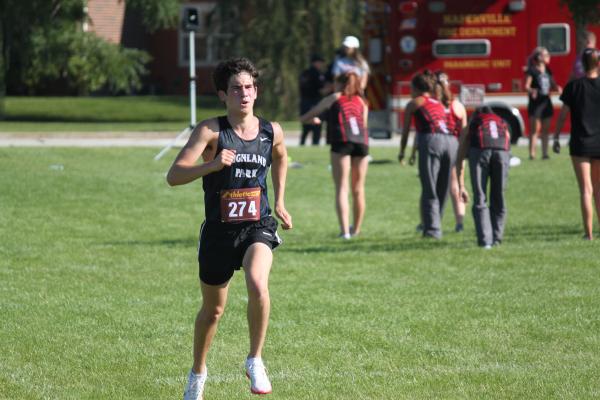 Junior Ryan Griffith and senior Ramey Heimgartner were the next HP runners to finish. Griffith ran 22:38.00. This was a huge improvement from his best 3 mile time of 27:04 from last year. Heimgartner was 18 seconds faster than his time on this course last season with a 24:00.91. 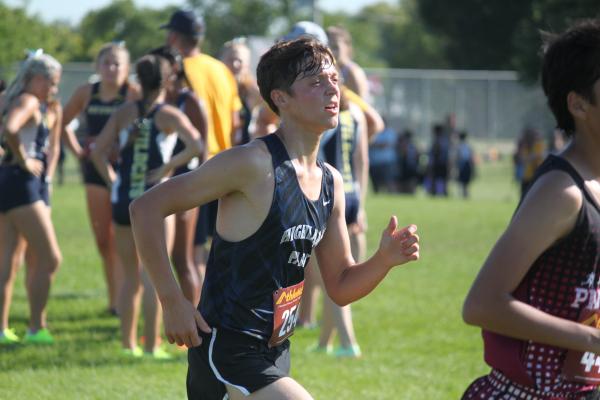 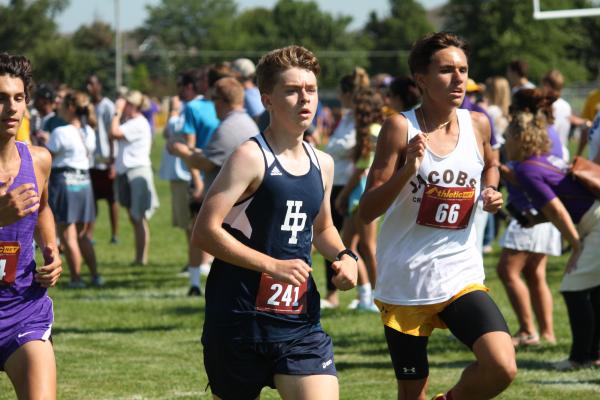 Emmit Boxer got out well and ended up running 15:12.33. He also had a strong kick down the final stretch. Harvey Hayes was another runner that had a big breakthrough. He finished in 15:27.28. Like some of his teammates he averaged (7:18) faster than his timed mile which was 7:39. Ethan Glovsky had been sidelined with an ankle injury for some time this season but still had a strong race with a time of 15:33.35. Logan Liu has been putting in quality consistent work since he joined the team. It showed in this race as he crossed the line in 15:46.04. 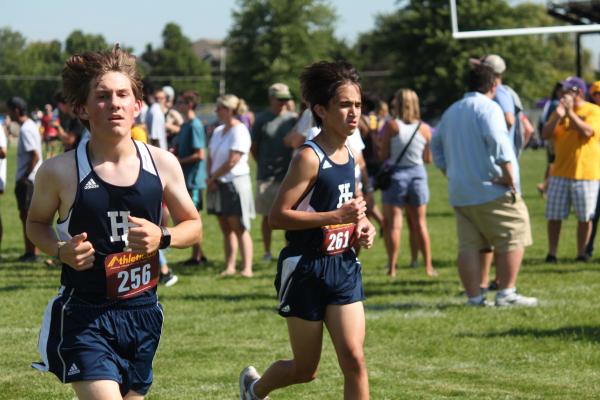 Sophomores Mateo Diaz and Lincoln Seidman, along with freshman Lowell Redmond finished close together. Seidman had a big kick in the final 400 to catch up to Diaz and they raced to the finish. Diaz finished in 16:14.80 which was 30 seconds faster than what he ran last year. Seidman was racing in his first high school cross country meet and crossed the line in 16:19.23. Redmond raced well and was able to stay with Diaz and Seidman most of the race. He finished in 16:25.20 and has continued to show improvement with his consistent hard work. 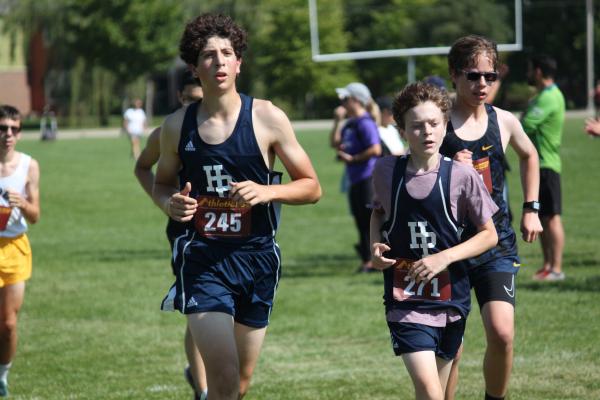 The trio of sophomore Luke Byrnes and freshmen Spencer Pedraza and Noah Carson worked extremely well together throughout the race. They set a great example of pack running. All three of these hard working HP runners have shown significant improvement this season already. Byrnes pulled away to finish in 17:37.51. Pedraza crossed the line in 17:40.39 despite nearly throwing up down the final stretch. Carson battled tough to come in with a time of 17:46.12. 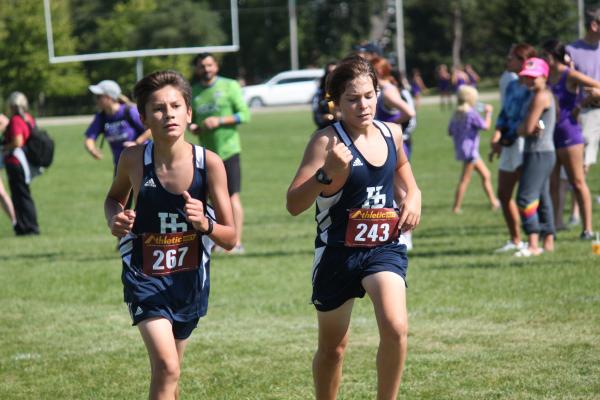 It will be fun to see what these young runners will accomplish this season and in years to come. The top 3 are already ahead of the time that Usiel Rodriguez ran last year for this race. If these 3 freshmen along with a group of teammates can commit to the consistent training over the next 365 days, they could be running what Rodriguez is running this season or maybe faster. Time will tell.