Wehner Leads the Way With 8th Place Finish at Hinsdale

After a strong start to the season and a ton of improvement shown at the EIU Showdown, the Giants did not perform as well overall at the Hinsdale Hornet/Red-Devil Invite. Despite not having the team outcomes that were hoped for, there were still numerous great races run by HP runners. They battled the heat and the competition with their best effort they could that day.

In the varsity race, junior Nate Wehner had a great race to take 8th place overall in 15:20.9. This was an 11 second improvement from his time last year. He was the 2nd junior in the race and all other runners ahead of him were seniors. Wehner’s time is also the fastest time run by an HPHS junior on this course and is the 4th fastest time by any Giant. 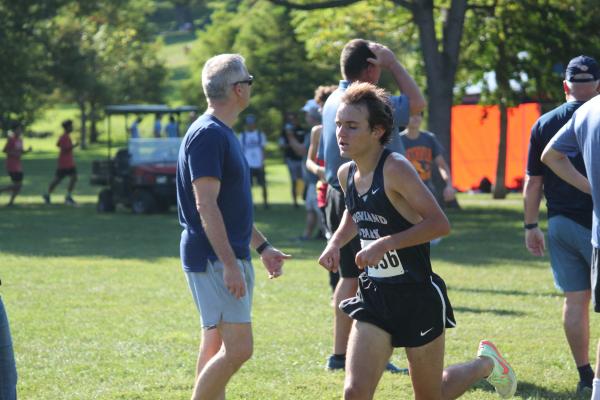 Senior Angel Zeferino battled through a knee injury to finish second for the team and 82nd overall at 16:55.1. Junior Barak Goldstein did not have his best race, but was able to finish in 17:01.0 (11 seconds faster than last year). Senior Alex Bradshaw was next in at 17:44.3. These three runners know they need to perform better (and they will) to help the team reach their goals. 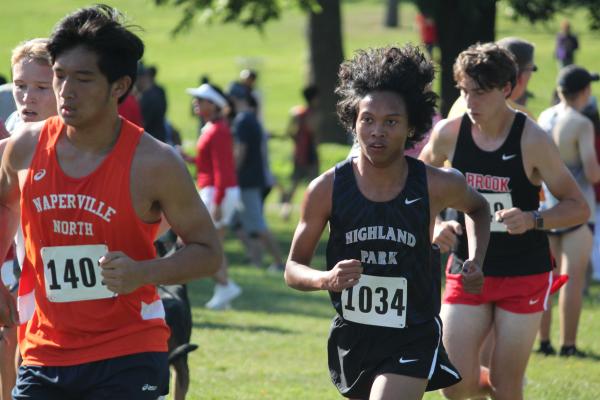 Juniors Nolan Schott, Eli Neiman, and Connor Edelstein were the next trio to finish. Schott crossed the line in 18:35.2. Neiman came in at 19:05.2 and Edelstein finished in 19:39.9. These three each know they are capable of much faster races and will show that in the next meet.

The sophomore 3 mile race only had 5 HP runners competing. Usiel Rodriguez ran very well to finish with a personal best time of 17:08.3. He would have been the 4th runner on the team in the varsity race. He finished in 13th place overall to earn a medal. Brian Hatoum got out very fast and gave his best effort to finish in 45th place with a time of 18:21.8. 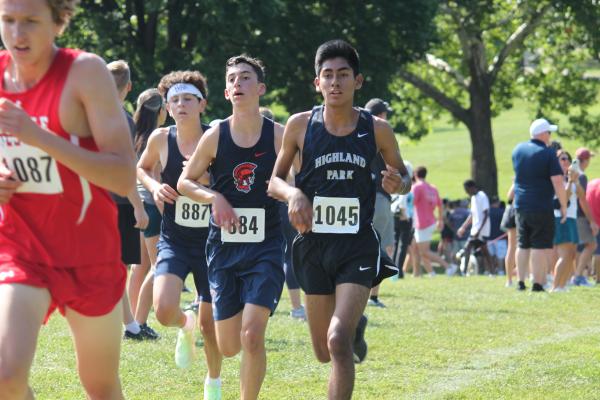 Charlie Ludington (22:27.2), Mateo Diaz (23:34.4), and Lincoln Seidman (24:09.9) were spread out but each battled tough to cross the line giving their best efforts. With consistent training , their times will continue to drop. 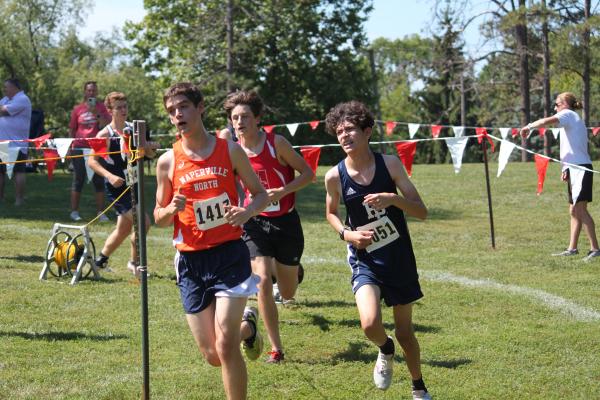 Next in for HP was Logan Liu. He continues to show improvement and crossed the line in 13:31.0. Lowell Redmond also has been getting better since joining the team. He ran 14:30.1. Gal Raviv ran in his first high school race in a time of 15:17.0. Spencer Pedraza ran a solid 15:35.7. He has been racing consistent and is due for a breakthrough race. 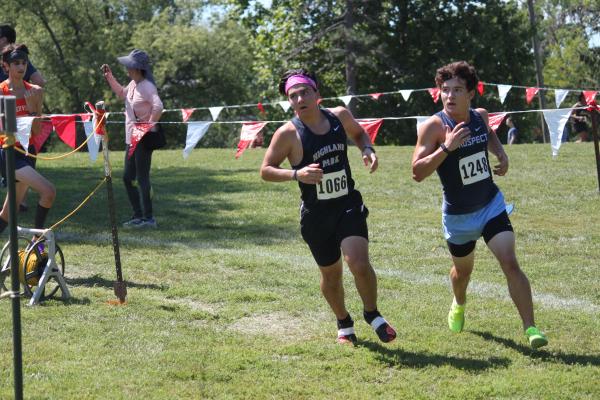 Junior Ryan Griffith had a tremendous race. He was 4:17 faster than last year on this course, running a 13:21.4. Senior Ramey Heimgartner also ran well with a 14:07.8 to finish 24 seconds faster than last year. Sophomore Gavin Flory raced in his first high school cross country meet and pushed to a 14:34.1. 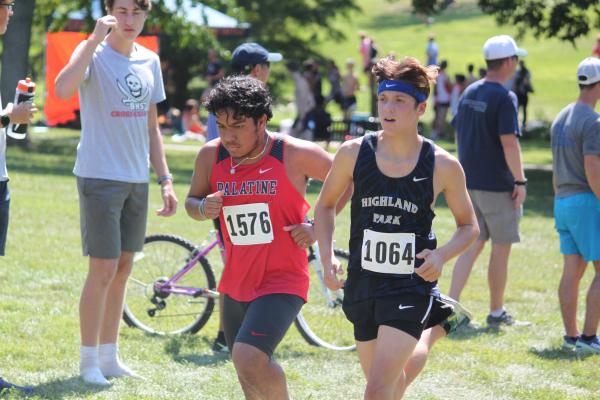 Senior Marco Schulze had a tremendous race. He got out very well and pushed hard throughout the race to pass numerous runners and finish in 15:06.9. 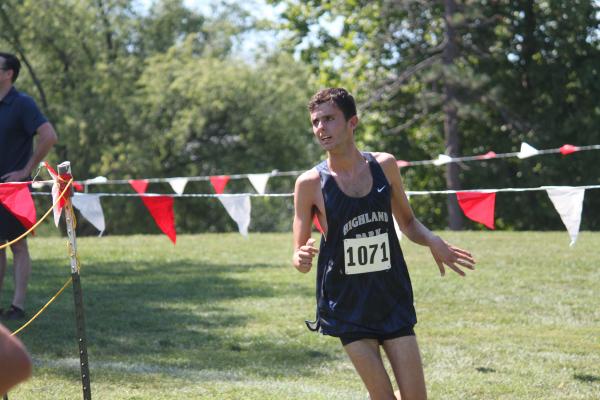 Sophomore Luke Byrnes came across the line in a tough fought 17:06.0. Sophomore Henry Suh competed in his first high school cross country with a 17:26.0. These two runners will continue to show significant improvement as they train consistently throughout the season.

Overall, the team knows they will need to be better than what they showed at this meet. Consistent quality training, plenty of sleep, and taking care of their health will help them reach their goals.